Participating in their second Chapa Dimba Na Safaricom tournament, Laiser Hill came back from a goal down to win the Rift Valley Regional Title. The team from Kajiado County defeated Kapenguria Heroes 4-2 on penalties after the game ended 1-1 in normal time.

Samson Tanui calmly slotted Kapenguria Heroes ahead in the 8th-minute latching on to a mix up between Laiser Hill goalkeeper Mumi James and his defence.

Kapenguaria failed to add on to their lead, squandering chances to put daylight between them and Laiser Hill. The best of those chances came in the 31st minute when the referee awarded them a penalty after Wilfred Mutai was brought down in the penalty area, a decision that Laiser Hill protested vehemently. However, Laiser Hill’s keeper James Murimi plunged to his right to save Alfred Tanui’s penalty.

Laiser Hill equalized in the 77th minute after Shariff Majambe was brought down in the box. He dusted himself up to find the net, a well-deserved goal after Laiser Hill dominated the second half. The two sides could not be separated and both teams settled for the penalties. Kapenguria Heroes two missed penalties proved the difference as Laiser Hill converted 4 out of their 5 spot-kicks.

“This is our second attempt in the tournament. Last year we were knocked out in Kajiado and I thank God for giving us the win this year. Despite our opponents scoring first, I asked the boys to keep up the fighting spirit which earned us a goal to put us back into the game and finally took the day,” said John Mwaura, Laiser Hill Academy Coach.

In the Girls tournament, Wiyeta beat Itigo Girls 3-0. Edina Wanda opened the scoring in the 11th Minute followed by a goal from Jacinta Karemana in the 34th Minute with Opisa Shaylene netting the final goal in the 45th Minute.

Both Wiyeta Girls and Laiser Hill won KES 200,000 and will now represent the Rift region in the national finals set for June 2020 at Bomu Stadium, Mombasa. Itigo girls and Kapenguria Heroes did not walk away empty-handed as they both pocketed KES 100,000, with a host of individual prizes won by players who registered exemplary performances.

The competition now moves to Mumias for the Western regional finals set for 21st and 22nd March 2020 at the Mumias Sports Complex. 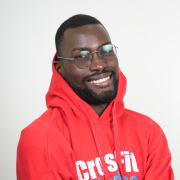